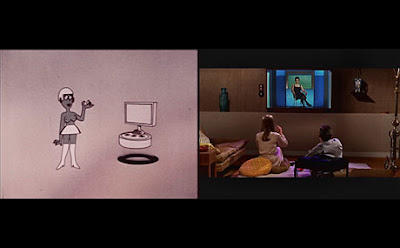 From Industry/Cinema, an installation by Caroline Martel (2012)


The July/August issue of The Brooklyn Rail includes a recent conversation between myself and Montreal-based filmmaker Caroline Martel, whose new installation, Industry/Cinema, is on view at the Museum of the Moving Image until August 12. The interview covers a good deal of territory, primarily focusing on her 2002 film The Phantom of the Operator; in it, she discusses her use of archival material, the role of the telephone operator in the histories of technology and labor, and the challenges of writing creative voiceover (amongst other topics). She also talks a bit about Wavemakers, her just-completed feature documentary about the Ondes Martenot. The interview can be found here: