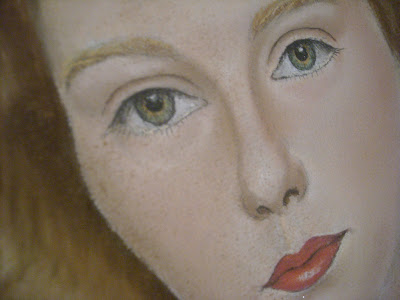 
Today would've been my mom's 88th birthday- this is for her.


Certain details are foggy now, but I do remember this: in November 2003 a call came from my sister Cathy with the news that our mom was back in the hospital.  I had almost become accustomed to this, happening as it was with increasing frequency; now, the prognosis was bleak.  I immediately booked the flight to Atlanta, worried I wouldn't make it there in time.

The prospect of travel has always tricked me into thinking I was about to enter some space of greater productivity.  This time though was different; hastily getting ready, I resisted the usual impulse to load myself down with work.  But I'd been assigned to review the first by Brakhage DVD for The Wire so, out of necessity--and anticipating a need for escape--I brought the disks and my laptop to write.  Forced confinement on a plane could be great for reflective thought, yet it could just as easily be a chance to stare at an Eddie Murphy movie without sound over a neighboring passenger's shoulder.  Once I got there, well... there was no telling what to expect.

Mom had moved to Georgia back in 1994 to be close to Cathy and her family and to escape the Cleveland winters.  She'd finished out her nursing career doing hospice care, a terrible choice for someone who'd had plenty of personal loss herself and never developed the professional detachment needed in her field.  Life had knocked her around good, but she managed to fight back with incredible grit and tenacity.

She lived alone, and there was no way to get her keys to drop my stuff off; from the airport I headed straight to the hospital via the MARTA train running out to suburban Decatur and then called a cab.  When I got to her room it was clear the doctors weren't kidding- she was weak, fighting for breath, but glad I was there.  I spoke with the doctor, who reiterated what I'd gotten secondhand: she was suffering from a congestive heart condition and emphysema, thanks to the Kools she consumed by the carton for as long as I could remember.  The meds prescribed to help with her breathing jeopardized her heart, and the beta blockers for her heart constricted air flow- careful calibration was needed to maintain balance.  Even if that worked, the doctor said, it might just be a matter of days.

Right away too I could see there was a softer edge to her, and she seemed to have made her peace with what was to come- that in turn helped me to relax a little.  We made small talk about my journey there and whether I had eaten.  She spoke kindly of the care she was getting--this in itself was unusual--and of her desire to die at home.  I'm not sure how I responded.

There was talk of practical matters like sleeping on her couch and where her car was parked.  She asked about my life, and what I was working on; I mentioned the review and offered to show her a bit of the disk.  It surprised me that she responded with such interest, as intrigued by the laptop as by the films themselves.  Mothlight seemed like a good choice- short, direct, and with recognizable imagery, it was also--along with Pull My Daisy and Richard Serra's Color Aid--one of the very first experimental films I'd ever seen.  I propped up the laptop on a spare blanket so she could see it without having to move.

Purists would surely object to such a set-up, I remember thinking, and that was fine by me.   After that I found I had less patience with the finicky arguments on Frameworks and amongst cineastes of various stripes about native formats and artists' true intentions and how film shown on video is so debased that it is better not to see it at all.

We watched quietly, and I explained its intentional absence of sound.  As its images zipped by she was rapt, and even seemed to perk up a bit; we had found some common terrain.  She reached for my hand.  "Are those dried flowers?"  Right there the connection was apparent: the film was taking her back through her own years of craft activity. 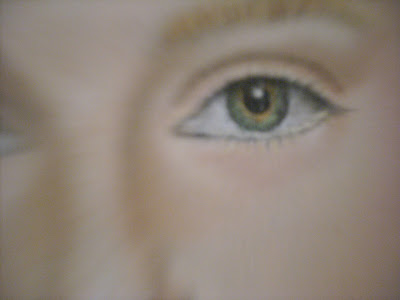 It had all started as a practical matter: adept with a sewing machine, she mended our clothes and sometimes made new ones.  I can't be sure, but I think from that she resolved to try her hand at carpentry.  For my dad's last time at home she built a ramp to get his wheelchair in and out of the house.  With three kids and little money for furniture, she built my brother and I a desk and put together an unusual bunk setup for the bedroom we shared.

By 1970 the craft bug had taken hold, beginning with weekly ceramics classes and quickly moving on into self-directed activity at home.  Artist?  Hobbyist?  I don't know how I'd describe her- the IRS never cared, since she wasn't making any money with it.  Working as a nurse, she was constantly butting heads with supervisors wanting her to work faster and spend less time with each patient; her conviction was that the care she was giving could not be assigned a time limit.  She was incredibly stubborn, with a temperament clearly geared toward something else.

The transformation happened quickly, as ideas were lifted from craft fairs and small-press publications.  Before long, our house had become a workshop filled with materials: buttons, ribbon, pine cones, tiddley-winks, styrofoam, balsa, golf tees, Q-tips, googly-eyes, emery boards, sable brushes, volatile solvents, and cans of aerosol snow.  No medium was off-limits- there were ceramic leprechauns, god's eyes, Christmas ornaments, and always, at any one time, dozens (maybe hundreds) of decoupaged plaques.  The imagery was eclectic, filched from Currier and Ives reproductions, holiday cards, Hummel sales brochures, and gay-90s saloon humor printed on imitation parchment, edges carefully charred to disguise their recent manufacture.  Even our wooden furniture went through the rough treatment of 'antiquing'- whipped with metal chains, scuffed with the electric sander, and pocked with a nail set to simulate worm holes, along with countless other techniques for surface distress.

At some point she opened a shop in our living room called McGee's Closet (a reference to Fibber McGee and Molly, the once-popular radio show she listened to as a child), selecting my sister as prime co-conspirator.  I now understand something of how the term cottage industry was derived, fitting here too for the fact that that our house was a converted vacation cottage just a short walk away from Lake Erie.

I had little appreciation, and even a vague sense of shame about it all-- this was long before art-school prejudices entered into the equation.  With friends I did my best to direct activities somewhere else-- there was no way I could explain this little house with barely a place to sit and all the stuff that made it that way.  Years later, the gift shop below the Experimental Television Center in Owego would bring back memories as I dodged all its boxes cluttering up the stairway they shared.   During residencies there I often thought about the relationships between what went on in the upper loft space humming with Sandin Processors, time-based correctors, and one-of-a-kind video gear, and the activities in the shop below, seemingly locked in a state of perpetual Christmas.

Despite the handbills she made, McGee's Closet was a bust.  There were occasional visitors, but they weren't there to spend.  As with my mom, these women (I can't recall a man amongst them) saw the craft world as a place where ideas and techniques were there for the taking- notions of originality and creative territory were simply not part of that unspoken discourse.  But despite that, production continued, and the unsold goods were eventually given as holiday gifts.  Later, when we all left home and the yard was free, she began a garden; the herbs and flowers grown there were hung upside-down to dry on clotheslines strung up across the dining room.  Her interest shifted to potpourri satchels, dried flower arrangements, and all-season wreaths.

At times I've wondered about Stan Brakhage's kids and what it was like to grow up in their cabin with its edit bins, clotheslines, and other small-gauge paraphernalia.  Were they embarrassed by their dad's eccentricities, running with an axe up a mountain, cavorting with his crazy friends, refusing a proper burial for the family dog?  Were they chastised for bringing up Disneyland at the dinner table?  Did they ever sneak over to their friend's house to watch the Broncos game?

After Mothlight was over Mom asked questions about how it was made and if there was a story of some sort in it she wasn't able to see.  Brakhage's commentary that accompanied the film could answer that much better than I could, and so we listened to that:


"Here is a film I made out of a deep grief... I said, these crazy moths are flying into the candlelight and burning themselves to death, and that's what's happening to me-- I don't have enough money to make these films, and it's destroying... I'm not feeding my children properly because of these damned films, y'know?  And I'm burning up here-- what can I do?  I'm feeling the full horror of some kind of immolation, in a way..."